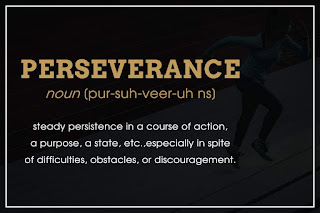 I recently saw a grocery store advertise a summer job hiring fair.  I told our 15 year old son about it. He didn't seem interested (though he knows summer employment is now required). I reminded him about it again, and he was irritated with me.  He snapped at me for reminding him "THREE TIMES" even though it had only been two, ha!  Later that day, he asked me what time the fair would be held. I told him, and also advised that he didn't need to wait for the fair, that he could drop off his resume and recommendation letter the day prior (to get a jump on it and show them that he was eager). Shockingly, he took my advice and went that day.

He attended the hiring fair, and called me when he got home. He was super pumped, he told me that they interviewed him for 45 minutes, and that he was told that he had a lot of the qualities that they were looking for, although he couldn't tell me what those qualities were. My husband and I expressed our support and pride, i.e. that he was taking the initiative.

On Thursday morning he told us that he had missed a Wednesday evening call from the store (his phone had been on Do Not Disturb). My husband told him that they might be calling him to offer him a job, and had suggested that he call right away to let them know that he had missed their call. He did call, and was told that the hiring manager was not in.  I encouraged him to visit the store, and ask for the manager on duty, and express that it was important that he speak with the hiring manager at their earliest convenience. He was initially irritated with my suggestion and told me that he was going to wait until the next day to call. I told him that in the meantime, the hiring manager might be going down a list and calling others, who might answer their phones, and that he might regret not making a greater effort to nail the job. He grumbled at me, went off, and walked around the house, then came back into the living room and calmly told us that he was going to go to the store ASAP. He came back, told us that he talked to the manager, and seemed relieved.  We praised his effort.

The next morning, my son called me to say that he had been offered the job, which he accepted. YAY. My husband and I are over the moon, and my son is quite proud of himself. Talk about a learning experience!

Today, I can talk to my son, offer advice and support, and he's listening, even when he doesn't agree. This time last year he wasn't speaking to us, and we thought we had lost him forever. We will forever be grateful for your guidance.

Thanks for your support, Mark. We truly appreciate it. 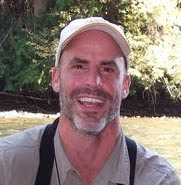